Society after money – a simulation

After the „opening of a dialogue“, the explorative project „The Society after Money“ moves into the next phase: „A Simulation“. Are post- or non-monetary economies not only theoretically conceivable, but also simulable? Commons research in particular provides promising inspiration for this. Elinor Ostrom’s award of the Nobel Prize for Economics in 2009 honoured a research that demonstrated the fundamental viability of such commons-economies under specific conditions.

Although agent-based simulation is a widespread means of economic research, such simulations generally assume economies to be monetary and market-based. Based on the applicants’ competences in the implementation of such simulations as well as their historical, (media)theoretical and sociological reflection and analysis, a simulation model of a non-monetary is to be developed for the first time. The aim is to test the possibilities and problems of these economies – such as new ways of conveying needs and conflict regulation as well as the inclusion of social reproduction – and to observe, document and reflect on the process of producing such simulations (e. g. with regard to the simulation of communicative processes) themselves. In view of the current debate about economic and ecological crises, the attempt to simulate other economies is of the highest social relevance.

On February, 18th/19th, 2021, the project „Society after Money“ has held an online workshop entitled „Envisioning Post-Capitalist Societies via Simulation – Critique, Utopias and Agent Based Modelling“. Questions of 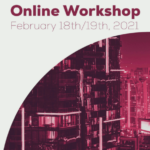